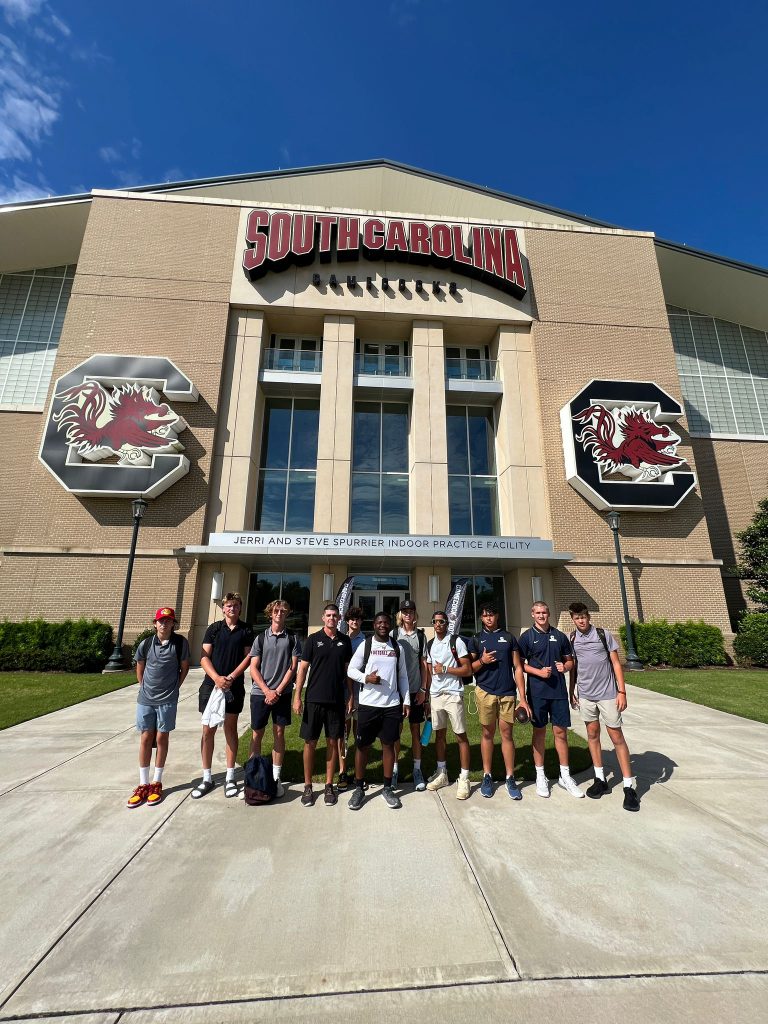 The Quarterback’s role in taking care of the football and being the focal leader of the offense is the fundamental reason it is viewed as the most crucial position in sports. Quarterbacks are measured in various ways, but winning is the one accurate indicator of greatness. This is what separates the good from the great.

The Quarterback position has evolved in terms of the typical body type that plays the role of it. In the past, big, strong, and tall quarterbacks were seen as the prototypical build to play the position at all levels. There has been a shift, as many smaller, more athletic quarterbacks have appeared as offenses look to utilize Quarterback’s athleticism. Those who turn on either college or NFL football will see a mix of petite, tall, athletic, and slow quarterbacks running the helm of an offense.

Aston Beierly is a young Quarterback who has played football since he was 5. He started in Pop Warner and played through 14U. In 2020, he won the D2 national championship with the Inland Valley Hurricanes. The 10th-grade student Quarterback from Chaparral High School in Temecula, California, loves playing the game of football and enjoys the challenge it brings.

Even though he plays basketball and baseball, there’s something special about the football game for Aston. He likes playing QB because of the challenge, much as mental as physical. He gets to be a part of every play, which keeps him focused and engaged. The best in football are the leadership opportunities QB receives and how the position requires constant growth.

Aston loves Drew Brees because of how he plays the game – he is not the biggest or the fastest Quarterback, but he finds ways to win. He also admires Josh Allen, Payton Manning, and Russel Wilson for their respective skills on the field.

A great QB embraces the sacrifice the position requires. He considers that a great QB can keep a team focused and motivated, whether the score is 50-0 or 0-50. A great QB holds himself accountable, which allows him to hold others responsible.

Football is more than just America’s favorite pastime—it captivates fans worldwide. The engaging, action-packed games, intense rivalries, and family-friendly fun give this unique sport its fascination. Keep reading this article to discover why American football is the best sport for teenagers and why you and your friends should start tuning in anytime football is on.

Faith, sports, music, and family/friends are the hobbies that Ashton Beierly enjoys outside of Quarterback. He is a social person who loves meeting new people but also enjoys quiet time. When he’s not on the field, Quarterbacking, or volunteering, Ashton can be found hanging out with friends, at the movies, or spending time with his family.

Having gone on the QB Mag Tour this past June 2022, Ashton worked on his communication skills and had a blast! There are also some places to visit that he’s looking forward to, like stadiums and schools for next year.

He believes that the TOUR – It’s just a fantastic experience and doesn’t matter if you’re an incoming freshman or heading into your senior year.

He recommends the TOUR to build relationships, see excellent venues, and compete with QBs from all over the nation at Waffle House.

His best memories in the OB Magazine TOUR were with his tour mates, coaches, and staff. He watched Helix High (CA) QB Ryland Jessee and ate at the Waffle House 3 times in 12 hours.

Next stop on the Aston Beierly Quarterback journey: Hopefully the we will be talking about his College starts as a QB!