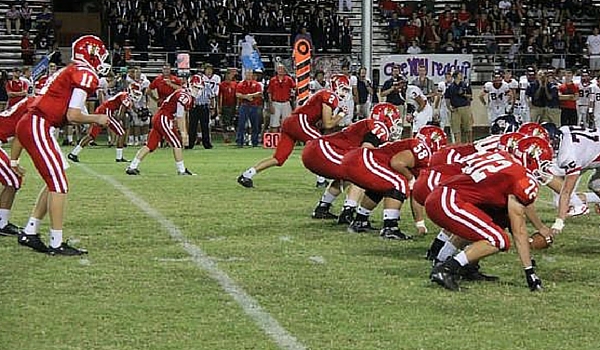 It’s the year 2020. What would you rather watch: ‘Hard Knocks’ or Cade Knox? That decision will probably be an easy one after hearing, “With the 30th pick in the 2020 NFL Draft, the New England Patriots select Cade Knox, Quarterback from Harvard University.”

Though the Carolina Panthers are his favorite team, getting the chance to play under the direction of Bill Belichick and the Patriots organization is what he strives for.

“If the opportunity presents itself, I would love to play for the Patriots because of their leadership and winning tradition,” Knox said.

Knox, currently a high school senior in Arizona, had played both football and baseball, but chose to end baseball to prevent any potential injury that could get in the way of his football dreams.

“I love baseball, but I believe that football could provide me with the best opportunities in the long run,” he added. “It is what I enjoy doing the most.

Harvard isn’t typically the first university that comes to mind when you think of a big ‘football school’ — probably because they do not offer athletic scholarships, but that is not the most important thing for Knox, anyway.

“Academics come first for me, they always have, that’s how I was raised. That was the main thing that drew me to Harvard right away- their academic reputation,” he said. “But when I got the chance to visit the campus, I got a feel for the athletic department and I saw how seriously they also take their football program. I knew that this was the right place for me.”

Cade also knows that the next best place for him after that will be in the locker room of Gillette Stadium. After getting the chance to go to Boston and attend the team’s Super Bowl party last year, he already felt like he belonged. Watch out, Tom Brady- Cade Knox is coming.