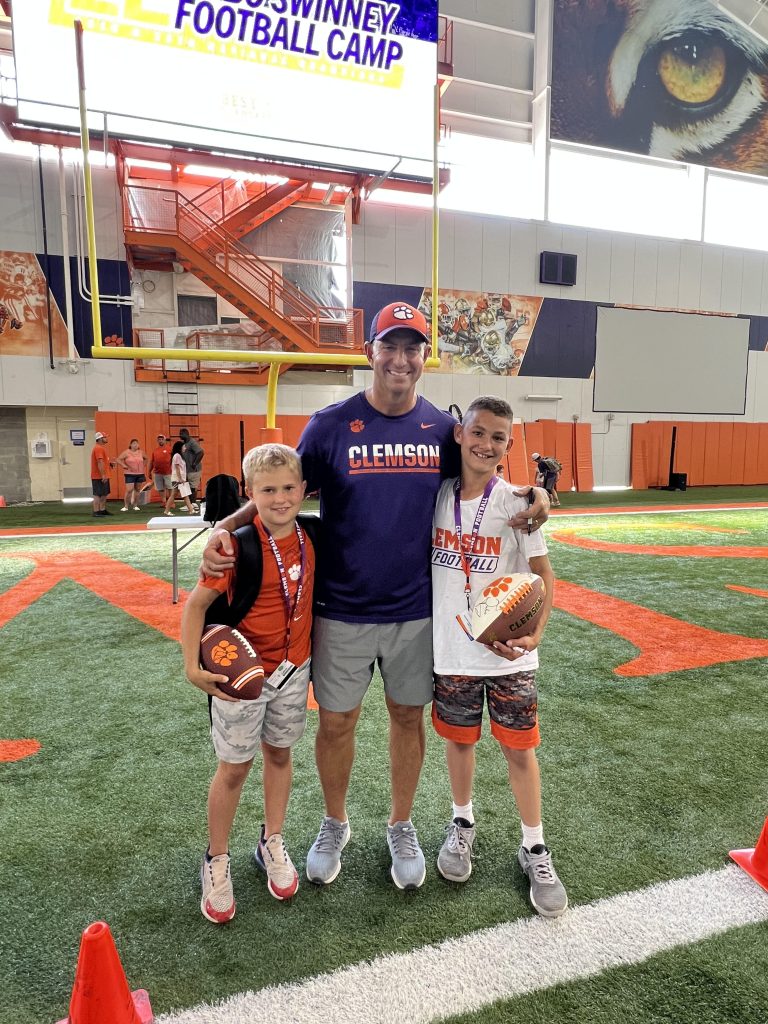 Chance Hocker is one of his generation’s notable names among Quarterbacks. He currently belongs to the class of 2029 graduation class, he is only a 6th grader! Chance lives in Artesia, New Mexico- named “The City of Champions”. The bulldogs are well known in the state winning 30 New Mexico State championships since 1957. The Bulldogs are known for great quarterbacks, one of which was Landry Jones who set records at the University Oklahoma and a 6 year NFL career with the Pittsburg Steelers, Jacksonville Jaguars, Oakland Raiders, and 1 year with the XFL Dallas Renegades.

Hocker has all the abilities to become a great Quarterback. He has a incredible attitude that makes him a perfect Quarterback. Hocker’s attitude and skills have developed him into a great young quarterback. Chance has been playing football for five years. He played flag football from 1st to the 4th grade, and tackle as a 5 th grader. Hocker is going into his 6 th grade season this fall with high expectations.

Hocker has a strong mentality and self-control with a clear vision to understand the situation quickly. It is one of the essential qualities that quarterbacks are required to have to become successful. Self-control and analyzing the position to make the right decisions have made him successful.

Chance Hocker maintains a ideal player profile. It is one of incredible achievement that every player wants to start with in there career.

The inspiration of others are also essential. All players inspire to be like some of the legends who have dominated the game. Hocker looks up to Tom Brady as a Pro Quarterback. One of the qualities Chance respects is how Brady is very consistent, driven, and competitive. He respects Brady’s leadership on and off the field. Hocker respects the way Brady treats his teammates as if they are family members.

Chance also has some other exciting hobbies besides football. He loves to play baseball, basketball and other sports. He enjoys Fishing, camping and hunting. School is also very important to Chance! He enjoys Science and History besides other subjects.

The young QB loves to attend and compete in football camps during the off season. We all know that camp season is where a young QB can learn and stand out from the competition. Chance was able to attend the Gunslinger challenge , FBU Top Gun, Rise and Fire, Elite 11, Elite Docs, Vanderbilt’s youth camp, Clemson’s youth camp, Artesia bulldogs summer program, and QB Universe this spring and summer. Chance has had a great off season where he learned a lot and enjoyed meeting new coaches and fellow athletes.

Now, if we talk about the future of Chance Hocker- He has a bright career ahead of him! He loves to encourage his teammates and strives to help them all be successful together. He has inspirations to win the starting quarterback spot for the 6th grade FBU team in San Antonio. He hopes to win the regional games and a national  championship. In the coming year Chance wants to gain more experience, strength and knowledge to not only be a better QB but a better person.

Chance has recently become a member of the Quarterback Magazine Family, where they help and promote quarterbacks through social media marketing and recruiting profiles. Chance is poised to become one of the best QB’s in the nation.

Hocker would like to thank his fantastic teammates, coaches, and his parents who have poured into him to help him be successful. Hocker gives all the credit to God for any successes, opportunities, and ability’s that he has.

For the Spirit God gave us does not make us timid, but gives us power, love and self-discipline.