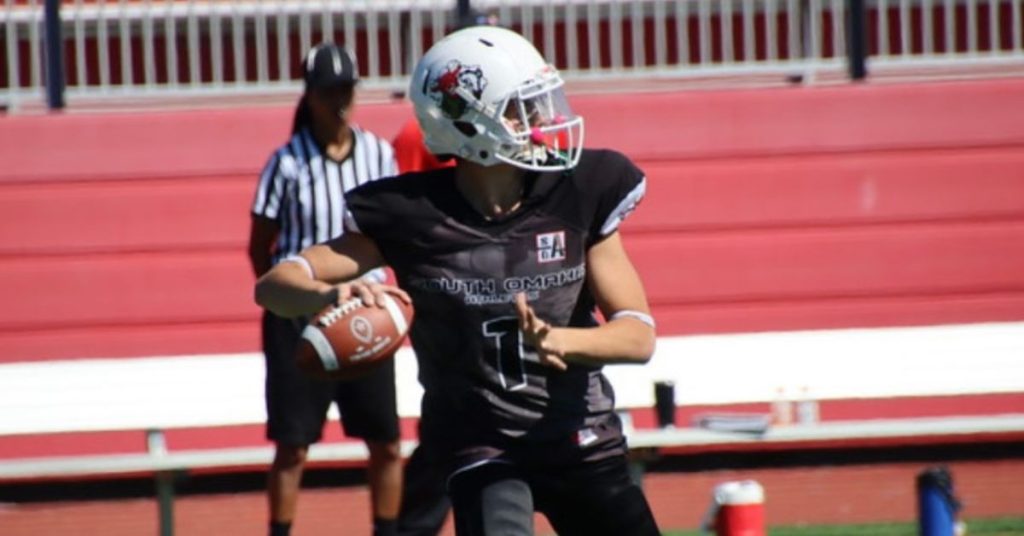 Jasiah Summerfield is an eighth grade football player with a love for the game that is hard to describe. He has been playing for almost a decade, and in that time has developed a deep appreciation for the challenges and camaraderie that come with being part of a team.

As a quarterback, Jasiah takes on a lot of responsibility on the field. He is considered to be the leader of the offense, and he takes that role seriously. From making proper reads to handoff exchanges to knowing when to scramble or take a hit to deliver a good ball to his teammates, Jasiah is always thinking about his team first. He recognizes that the quarterback position is a selfless one, and he is always looking for ways to make his teammates better.

What makes a great quarterback, according to Jasiah? It’s someone who is a natural leader, someone who puts their team before themselves, and someone with grit, drive, and determination. He believes that a great quarterback should have quick decision-making skills, pocket presence, mobility, mental toughness, and athleticism. They should also be willing to put in the extra work on and off the field.

Jasiah looks up to Lamar Jackson as a role model because of his play style. He sees a lot of similarities between his own play style and Jackson’s, and he admires Jackson’s ability to extend plays and make smart decisions both in and out of the pocket.

When he’s not on the field, Jasiah can be found weight lifting, traveling, or playing basketball. He has attended several football camps, including the University of Nebraska Lincoln QB Football Camp and the Omaha “Air Strike” Quarterback Academy Camp. He has also had the opportunity to work with some of the top high school quarterbacks at these camps, and he has learned a lot from these experiences. He is set to attend the Prep Redzone Next Camp in Illinois in January, and he is looking forward to continuing to improve his skills and learn from the best.

Jasiah is a motivated and driven young athlete with a passion for football that is unmatched. He is always giving 110% on and off the field, and he will do whatever it takes to help his team succeed. He is a natural leader and a selfless teammate, and he is determined to make a lasting impact on the field. With the help of Quarterback Magazine, he is well on his way to reaching his goals and becoming the best quarterback he can be.